The October 2020 release of Endurica’s durability simulation software features a new capability to define ageing behavior for a material, and to calculate the effects of heat exposure history on part durability.  According to company founder and president Dr. Will Mars, “this is a feature that was developed and validated over the last few years in partnership one of our Tier 1 automotive OEM users for an application where long-term exposure to high temperatures was leading to early part failures.”

The new ageing feature lets users define tabular master curves that define the evolution of key material properties such as stiffness, critical tearing energy, and intrinsic strength (ie fatigue threshold).  The simulation uses the Arrhenius law to calculate relative ageing rate as a function of temperature, and it then integrates to find equivalent exposure time for each element in the finite element model.  The simulation captures time-dependent changes in the fatigue crack growth rate law.  It can also be coupled to a finite element solver to update stress and strain fields during the solution.  Two new outputs for each element are included with the ageing feature: age-equivalent time, and age-influenced stiffness.  As always, the fatigue life distribution can also be output to determine the shortest lived element.

“This is one of our most significant developments to date because ageing impacts so many applications,” said Dr. Mars.  “If there is a big temperature difference, or if there significant self-heating, and if your part is expected to have long-term endurance, this feature is a real game-changer in terms of your ability to predict durability performance. We see this being used for tires, seals, rubber parts operating near motors, high pressure / high temperature (HPHT) applications in the oil and gas field. We are very excited to finally launch this capability.”

The new release also includes a file encryption feature that allows users to share all or part of the simulation input without giving away details like material properties or specific load cases.  It also includes a binary-formatted input file that can speed up read/write time by a factor of 8, as well as improvements to the EIE interpolation engine.

Comparison of fatigue life predictions for a tension specimen cycled from 0 to 15% strain.  Specimen on the left was aged with top grip at held at 100 degC and bottom grip held at 0 degC. Failure is predicted at the top grip at 16320 cycles.  Specimen on the left was simulated without ageing effects.  Failure is predicted in the middle of the gauge section at 766600 cycles.

Endurica LLC provides pre-prototype solutions for developers seeking durability in elastomer applications.  Endurica is focused on durability and elastomers, and has developed the world’s first numerical fatigue life solver for elastomers.  Our solver is used to predict fatigue life based on the results of Finite Element Analysis.  Endurica solutions include software, characterization services, testing instruments, and training for engineers and analysts.  The company was founded in 2008. 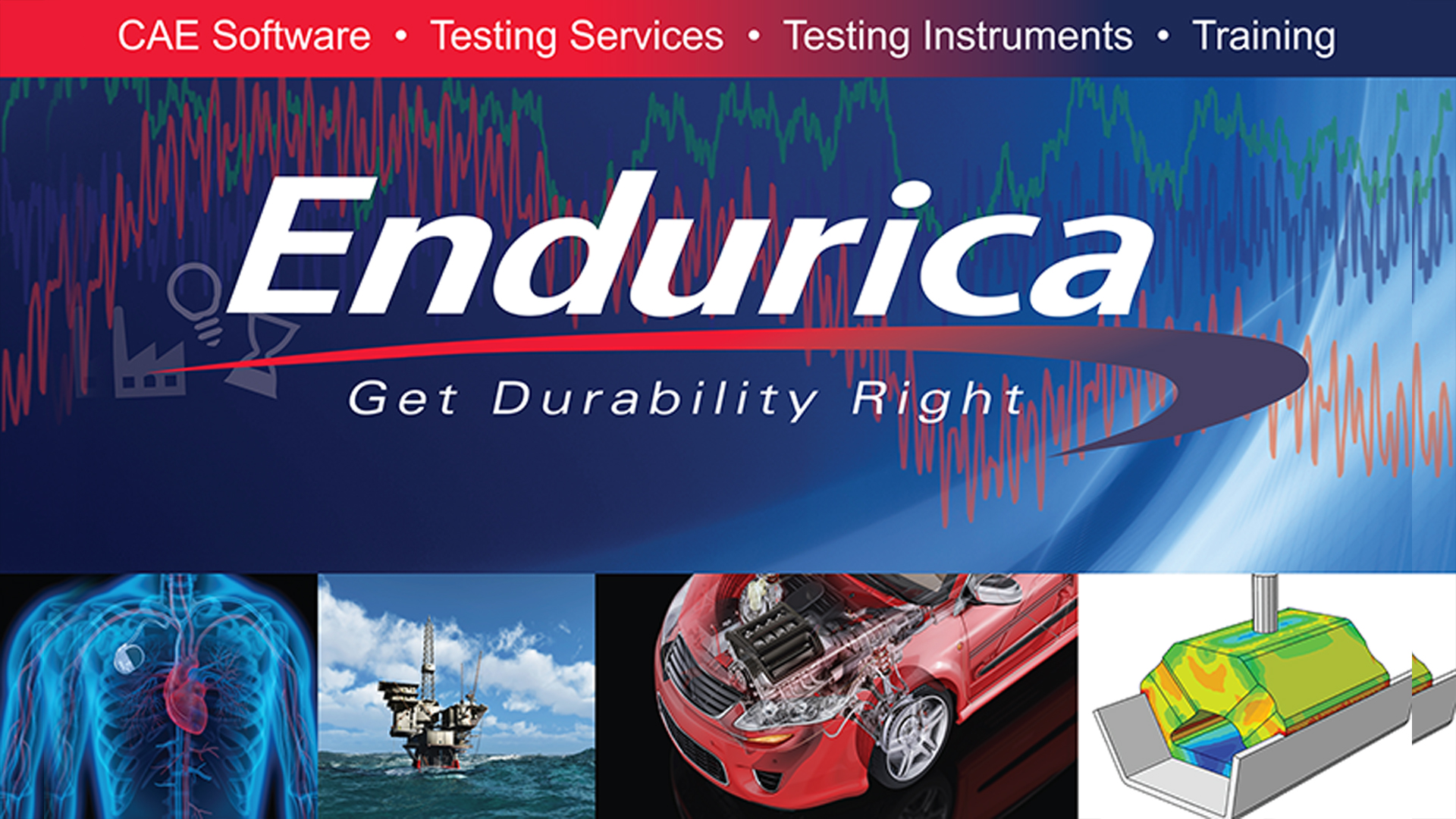 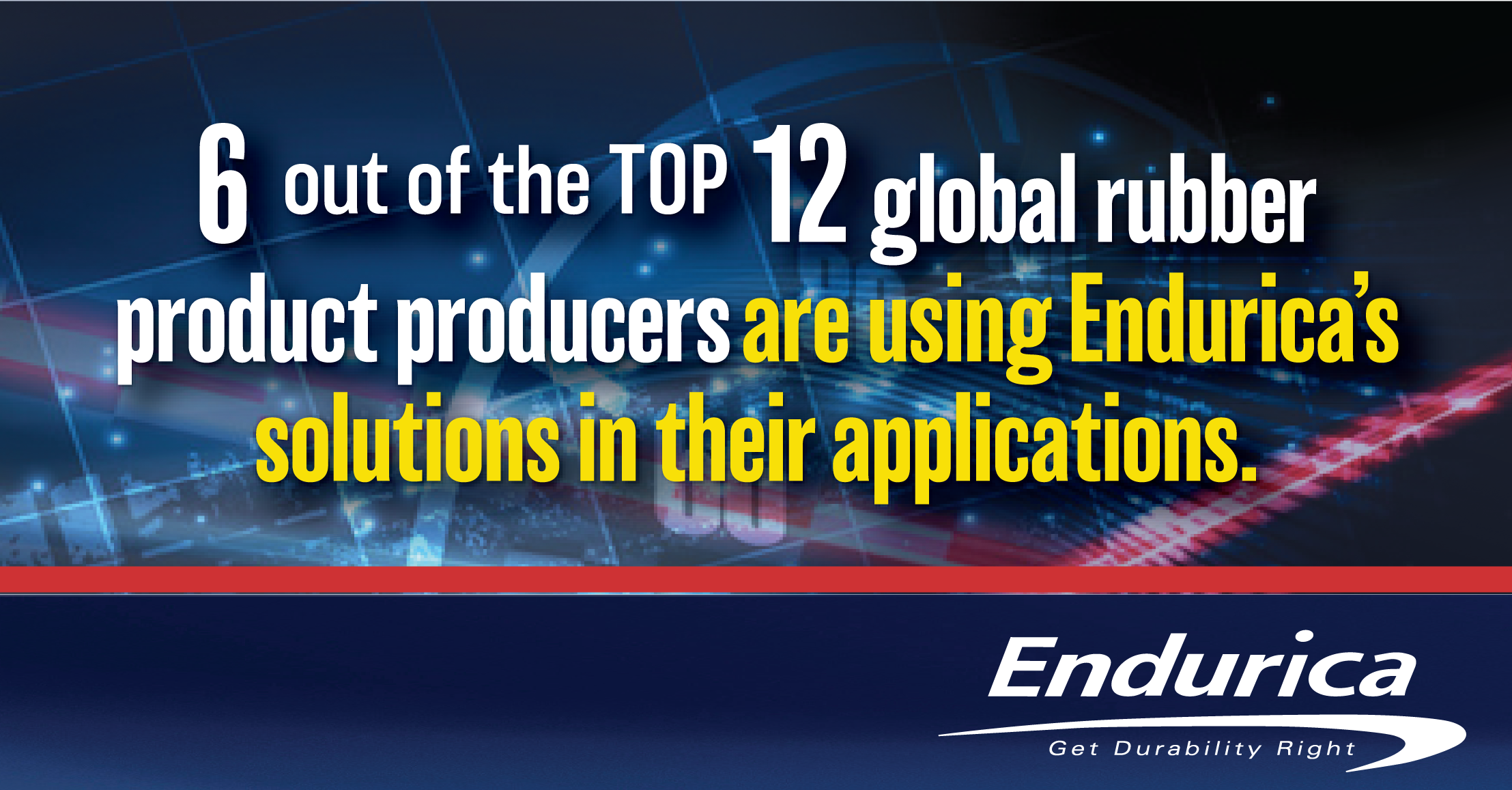 We specialise in dedicated services for the rubber industry and its suppliers and offer practical, cost-effective solutions to help businesses grow and prosper